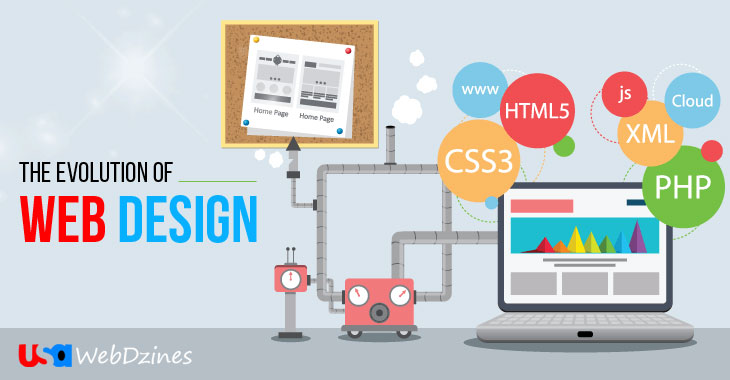 Web designers today enjoy so many tools and features for designing a website. But the web designing was a lot more difficult 30 years ago when it was first introduced to people. Witnessing the evolution of web designing is interesting because it records a transition from limited designing codes and options to unlimited possibilities in the web. The World Wide Web was born during 1991 to 1993 and it came down with the future that promised to bring everything in the hands of users. The initial journey was difficult for the developers and designers and there was a true demand for developing the world of web felt in 1996. The slow but steady forming of browsers and websites brought the first glimpse of change to the way people were interacting with information. We were stepping to the digitalized content from the print media.

There are many best web designing companies running their business successfully across the world these days. But in 1996, there was no competition in the field. World Wide Web got the first momentum holding the hands of Microsoft that released its first competitive browser complemented with some innovative features and tags. The browser had changed the web development concept a lot and it was first to support style sheets.

No one could think of using HTML markup beyond creating tabular data. But once the web development introduced the new age of designing, developers showed their interest in extending the efficiency of HTML for designing multi-column layout. That time, designers were keen on offering good designs with aesthetic values. The functions for semantic and web accessibilities were little paid off.

Web designers were really working hard to turn a dream into reality. With limited resources and a few coding options, they set a journey to the future of web development. Designers used spacer.gif to offer clear design without any collapsing.

The web development world got another breakthrough with the CSS that was introduced in December 1996. This made the HTML code semantic that improves the web accessibility. In the same year, developers were exposed to Flash that offered more features than basic layouts and drawing tools. But developers quickly realized that using Flash limited their exposure since it needed a separate plug-in. instead of using Flash, developers opted for gif for motion graphic and JavaScript for widgets.

From 2001 to 2012, internet browsing changed the living of people. The new technologies and development changed the browsing history. New browsers were introduced to people and they were written on the open source codes. That ensured a faster development and a better performance.

Now web designers have some of the best options for developing websites, including HTML5, CSS3, JavaScript API’s, and more. The evolution of web designing is truly noteworthy. But the journey has not ended. It will welcome so many new things in the development process. At Usawebdzines, we have been in the field for long and witnessed a great change in the web designing. We stay always open to technologies and introductions. If you have a query regarding web development, feel free contact us.